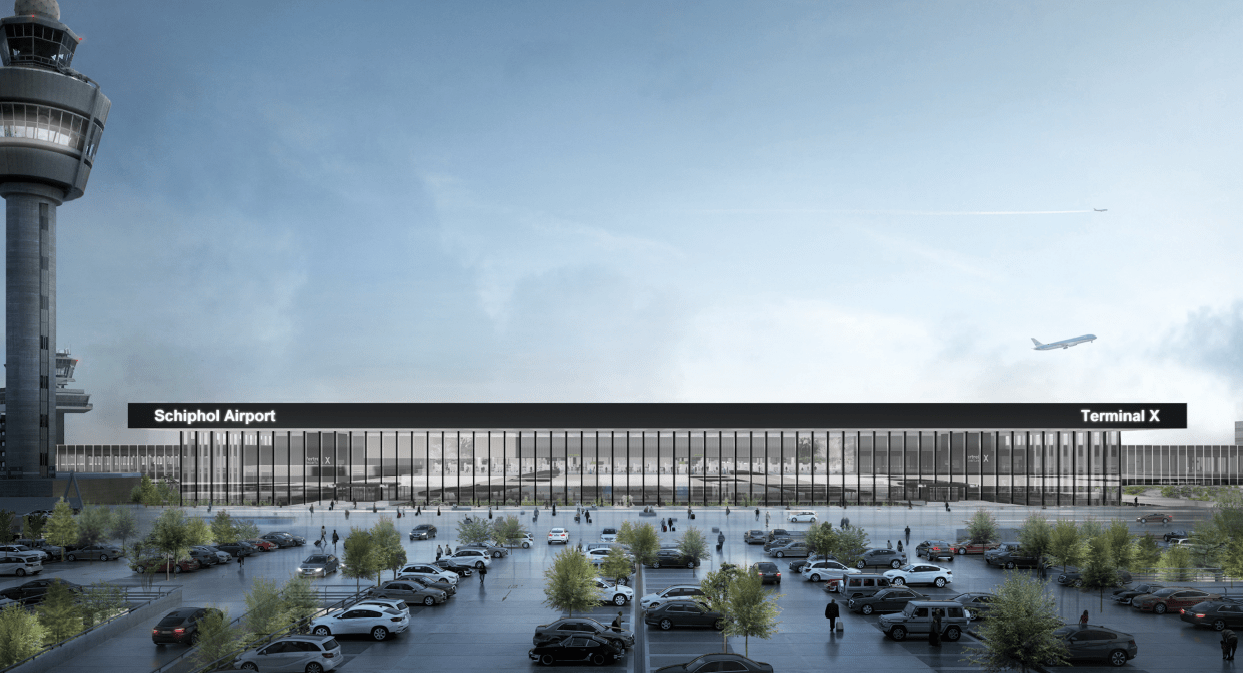 "BUILDING THE AIRPORT OF THE FUTURE”

How does one communicate about a massive construction project?

With nearly 72 million passengers each year, Schiphol International Airport is one of the busiest airports in all of Europe. To be able to keep up with the constantly growing number of passengers, Schiphol has begun the construction of a new pier and terminal. These two projects are massive in scale and will have a major impact on everyone who uses the airport in whatever way.
Communication (both internal and external) is absolutely crucial in such a large-scale construction project. That is why Schiphol decided to commission a series of videos that could be used across a broad range of mediums and channels to inform people about the project. Schiphol asked us to develop a concept that would enable them to show what they’re currently working on, why they’re doing so, and what is yet to come.

“Building the airport of the future”

Schiphol is building the airport of the future. A unique project, with one major challenge – the fact that the airport has to continue to be operational, 24/7, throughout the entire duration of the construction project. We decided to focus the series of videos on this important element, considering the construction process from many different perspectives. In each instalment in the series, we follow one or two committed insiders and take viewers behind the scenes.  For example, we get to see how the architects developed the design, what kinds of far-reaching preparations are being made on the ground, and what kinds of cool concepts the Consumers department is coming up with for the new pier and terminal.

Schiphol is disseminating these videos via its own online channels. In addition to the 7 main 5-minute episodes, we also created short teasers for them to share on social media.

One of our main selling points is our drive to provide an all-inclusive approach, taking care of every little thing from start to finish. Many clients are drawn by this approach, and Schiphol was one of them. We know exactly what would and would not suit their communication strategy, and are able to shoot video independently. That is a massive advantage for producing video content. We work quickly, and usually get it right on the first attempt, saving lots of time and money. We maintain short lines of communication and have a quick, efficient production process. As a result, we were able to create an interesting, visually appealing video series to which Schiphol received lots of positive feedback. Season 2 is expected in autumn of 2020.